The Evolution of the Kebab: From Turkey to California

The Evolution of the Kebab: From Turkey to California

A regular menu in California restaurants, and a simple homemade meal, the kebab has come a long way from its early days in the Middle East. The meal features meat, preferably lamb, with spices and vegetables slowly cooked on a skewer or pit. 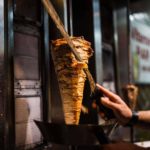 The history of kebab dates to as far back as 1377 when Kyssa-i Yusuf, a Turkish script called “the Story of Joseph” in English, first mentioned the meal. Turkish soldiers were known to grill pieces of animal meats on their swords on open fields as a means of survival. The kebab spread to other Middle Eastern nations and eventually across Europe, Asia, and North America.

A diverse city with different cultures, kebabs are not new to California. However, the love and trend of kebabs continue to grow, increasing its popularity. Middle Eastern meals have always been a favorite of Californians. Hence the craving for kebabs is here to stay.

Kebabs, served with delicious side meals like salad and pita, can be prepared in roadside shops, served in restaurants, or you can have homemade kebabs. 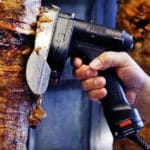 Many restaurants in California have opened their menus welcoming in the kebab, especially the doner kebab as a regular. While kebabs in California may not be prepared openly under the sky the traditional way as in old Turkey, most of the recipes remain the same, with modern-day kebabs grilled or roasted on vertical broilers. There’s also the vegetarian kebab which is an alternative to meat for vegan lovers.

At DonerG, we make doner kebabs with ancient Turkish recipes and spices. Our kebabs are made with lamb, pork, beef, chicken etc. You can also get side pieces like sauces with tasty and spicy flavors. We offer catering services for weddings, birthdays and other events in California, so your guests can have a great time with Middle Eastern meals.

With our different plates, such as the DonerG Kids Plate, children are not left out of the fun of having delicious and spicy doner kebabs.

You can choose to place an order that will be delivered to you or pick up your DonerG meals at any of our stores near you.

You don’t have to visit Turkey to experience the culture. At DonerG, we bring the culture to you.